Over the 1995-2005 period, crude oil prices and U.S. natural gas prices tended  to move together, which supported the conclusion that the markets for the two  commodities were connected. Figure 26 illustrates the fairly stable ratio over  that period between the price of low-sulfur light crude oil at Cushing,  Oklahoma, and the price of natural gas at the Henry Hub on an energy-equivalent  basis.

The  AEO2010 Reference and High Oil Price cases, however, project a significantly  longer and persistent disparity between the relative prices of low-sulfur light  crude oil and natural gas on an energy-equivalent basis. The  apparent disconnect in prices between seemingly similar commodities varies over  a wide range between 2010 and 2035. Over much of the projection period in  the Reference case, the crude oil price is about 2.8 times the natural gas  price on an energy equivalent basis—115 percent higher than the historical  average price ratio of 1.3 from 1995 to 2005. In the High Oil Price case, the  ratio widens to as much as 4.8; in the Low Oil Price case, it narrows from  nearly 3.0 in 2009 to 1.1 in 2035.

Such  an apparent lack of responsiveness of natural gas prices to changes in crude  oil prices in all cases reflects the changes that have occurred in the  underlying uses of the two commodities. The divergence of crude oil and natural  gas markets also reflects the fact that opportunities for the substitution of  natural gas for crude oil products are limited by the large infrastructure  investments that would be required to allow substitution on a significant scale  and bring the prices of the two commodities closer together in the U.S. market  in the Reference and High Oil Price cases. In the absence of such investments,  EIA expects the gap between oil and natural gas prices in U.S. energy markets  to remain wide.

In the United States, the capability to substitute natural gas supplies  directly for petroleum, particularly in the electric power sector, has eroded  over time. In 1978, 4.0 quadrillion Btu of petroleum was consumed to produce  electricity, representing nearly 17 percent of total energy use for U.S.  electricity generation, as compared with 14 percent for natural gas. In  2008, only 0.5 quadrillion Btu of petroleum was consumed for electricity  generation, representing 1.2 percent of total energy use for generation,  while natural gas has grown to 17 percent of generation. The trend has been  similar in the commercial and industrial sectors where there are a declining  number of opportunities to substitute natural gas for petroleum.
Still,  there are potential opportunities for natural gas to displace petroleum. First,  direct use of natural gas in the U.S. transportation sector could provide an  opportunity for substitution. Second, natural gas could be exported to  countries where petroleum is widely used for thermal applications. Third,  natural gas can be converted directly to petroleum-like liquid fuels that could  be substituted for diesel and gasoline in the existing vehicle fleet using the  existing distribution infrastructure.

The  physical properties of natural gas are such that it is more difficult and  costly than liquid fuels to transport and consume. As shown in Figure 27, the  energy density of natural gas is much lower than that of most liquid fuels. To  match the energy equivalent of a 1-gallon container of diesel fuel, a balloon  of natural gas at atmospheric pressure would have to be nearly a thousand times  larger than the gallon container. At a pressure of 3,600 pounds per square inch  (psi), however, which is the pressure rating for the fuel tanks used in CNG  vehicles, only 4 times as much space is required to match the energy equivalent  of 1 gallon of diesel fuel. And when the gas is converted to LNG by chilling to  about -260 degrees Fahrenheit, its energy density increases to the point where  it requires only 50 percent more volume to match the energy content of diesel  fuel. However, the materials used for the handling and storage of LNG differ  significantly from those used for CNG or petroleum-like liquid fuels.
An  expanded market for CNG or LNG would require additional investment in vehicles  and infrastructure for compression and storage of CNG or for liquefaction and  storage of LNG. Some of the issues, challenges, and opportunities surrounding  the use of natural gas as a substitute for diesel fuel are described in the  Issues in Focus section, “Natural gas as a fuel for heavy trucks: Issues and  incentives.”

Barriers  to U.S. exports of LNG

World crude oil and natural gas prices could converge if barriers to the flow  of natural gas between U.S. and world markets were eliminated through the  combined use of the existing pipeline network, existing LNG terminals, and  investment in new U.S. LNG liquefaction capacity (and possibly LNG tankers) to  allow exports of U.S. natural gas when it is economical. Currently, there is  one liquefaction facility in Alaska that exports LNG from the United States.  Investment in new U.S. liquefaction capacity would face significant risk,  however, because there are large quantities of “stranded gas” in remote regions  of the world that can be priced well below the expected cost of resources in  the lower 48 States.

Potential  for production of liquid fuels from natural gas

Another opportunity to substitute natural gas for crude oil would be to convert  it to petroleum-like liquid products similar to gasoline and diesel fuel, for  use in the liquid fuel infrastructure and end-use equipment. Such a  transformation is possible through use of the GTL process.

There  are several GTL processes, the best known using a Fischer-Tropsch reactor. The  reactor produces a paraffin wax that is hydrocracked to form liquid products  that resemble petroleum liquids. Distillates, including diesel, heating oil,  and jet fuel, are the primary products, making up 50 to 70 percent of the total  volume produced, and naphtha usually represents about 25 percent of the volume.  The process efficiency is about 57 percent (43 percent of the energy content of  the natural gas is lost in the process). Thus, the price ratio of liquid  products to natural gas would have to exceed about 1.8 to justify operation of  the plant, excluding consideration of other operating costs and the cost of  capital investment. To appreciate the price risk faced by investors, one can  consider the effects of recent fluctuations in energy prices on investments in  U.S. natural gas turbine and combined-cycle generating units and ethanol  production facilities. Indeed, AEO2010 examines the potential  impacts of lower energy prices in the Low Oil Price case, which shows the ratio  of crude oil prices to natural gas prices declining to 1.1 in 2035, indicating  that if any GTL plants were built they would not be operated under those price  conditions.
The  technologies and equipment used in the best-known GTL technology are similar to  those that have been employed for decades in methanol and ammonia plants, and  most are relatively mature; however, the scale on which previous GTL plants  have been implemented is relatively small. The newest GTL plants have been  expanded to much larger sizes, including one in excess of 100,000 barrels per  day, to take advantage of economies of scale, but recent attempts to build  projects at those larger sizes have encountered technology or project execution  risks.  Currently, there are four GTL plants in operation worldwide, with 96,200  barrels per day of total capacity. In addition, two projects with 174,000  barrels per day of capacity are under construction or ready for startup.  However, the construction of GTL plants at sites with available stranded gas  reserves has been limited, indicating investor reluctance to pursue this option  fervently, especially when investments in less capital-intensive LNG capacity  are possible. Indeed, some GTL projects have been canceled or deferred in the  past few years.

The  overnight capital costs for a new GTL plant situated on the U.S. Gulf Coast  would range from $50,000 per barrel-stream day of capacity  to an  estimated $104,000 per barrel-stream day. Accordingly, a relatively modest unit  with a capacity of 34,000 barrels per day represents an estimated overnight  capital cost  of $1.7 billion to $3.5 billion. With financing included, the estimated total  investment would be $2.2 billion to $4.4 billion. In addition, construction of  the facility would take 4 years or more, imposing further market risk. The  risk-adjusted discount factor used by investors will be critical to determining  whether investors would proceed with GTL investments.

Figure  28 also shows how investment in a GTL facility would fare with the natural gas  and crude oil price projections in the AEO2010 Reference, Low Oil Price, and  High Oil Price cases. With the prices in the Low Oil Price case, GTL is a poor  investment. With the prices in the Reference case, GTL is a marginal  investment. Only with the highest prices in the Reference case and the low end  of GTL plant costs do the breakeven economics favor the project. In the High  Oil Price case, however, the combination of higher crude oil prices and lower  natural gas prices implies that investment in a GTL plant on the U.S. Gulf  Coast could be profitable.

A  large investment in GTL would be needed in order to produce an appreciable  effect on worldwide prices for crude oil and U.S. natural gas. Construction of  sufficient new GTL capacity to affect world crude oil prices, about 1 million  barrels per day, would require a total investment between $50 billion and $135  billion. That level of capacity would still represent only 1.2 percent of the  85.9 million barrels per day of the world’s estimated total liquids production  in 2007,  and less than 1 percent of projected 2035 production in the Reference case.
Another  option is the potential use of stranded natural gas in Alaska to produce GTL.  Because of Alaska’s severe weather conditions, construction of GTL (or any  other) facilities is likely to be much more expensive than the construction of  GTL plants on the U.S. Gulf Coast or in the Middle East. Some estimates suggest  that doubling the construction costs and extending the construction period by  at least 2 years would be reasonable assumptions. Construction of GTL  facilities in Alaska, therefore, seems unlikely given the cost uncertainties  mentioned above and the crude oil price projections in the AEO2010

A large disparity between crude oil and natural gas prices, as projected in the  AEO2010 Reference and High Oil Price cases, will provide incentives for  innovators and entrepreneurs to pursue opportunities that, in the longer term,  could increase domestic or international markets for U.S. natural gas. For  example, a scenario with relatively high oil prices would tend to increase the  value of CO2 used for EOR as well as GTL production. Because GTL  processing plants can accommodate natural gas feedstocks with relatively high  CO2 content and can target fields smaller than those required for  LNG production, such circumstances would provide incentives for the development  of smaller GTL systems that produce both liquid products and a valuable CO2  co-product. Because EIA cannot predict whether or when such innovations might  arise, they are not included in the AEO2010 analysis cases. 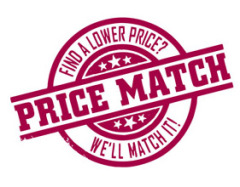 At Utility Professionals we won't be beaten on price. Send us your energy quote and if we can't match it, we'll give you a £50 voucher.

Ask us for an energy quote and you get a chance to win an iPad.

Please contact us on the following phone number with any questions or to make an appointment:

Please also use our Get a Quote form 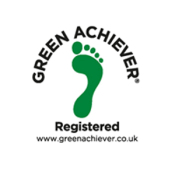